First race on the new rig

I participated in Sjælsø Rundt last year and again this year. It is a 125km road race thorough Northern Sjælland with some nice country side scenery. The race is for everyone, young and old, pro, amateur, anything. There will be carbon wheels just as well as bicycle baskets. I am really impressed at some of the people who choose to take this ride - a pensioner on a Schwinn completing 125km earns my respect that is for sure.

Anyway, last year I raced on my daily commuter bike. A rather old aluminium mountain bike fitted with slick tyres. I rode with two colleagues and we mostly rode together. Both my colleagues were on proper road bikes. At this time, I had never owned a real road bike and I did wonder how much of a benefit it would really be. My observation during the race was, that if I was riding on the wheel of my colleague down hill, he could freewheel and I would still have to pedal to keep up, even though being on his wheel gave a huge aerodynamic advantage. So, my little conclusion based on last years race, was, that a road bike is probably quite a bit faster than an old mountain bike fitted with slicks. Ok so we all knew that.

Enter this year... It was time for a new bike. A road bike. A colleague upgraded from his aluminium racer to a new Boardman Team Carbon. What a truly nice bike at a fantastic price! Then another colleage bought the same bike. I was seriously considering that bike and could not find anything nearly as nice around that price point. Still, deep down inside I had this feeling that I wanted something slightly different. Something special. Now, I don't race for a living and my commuter bike takes me to and from the office, so in all honesty buying a road bike is mostly something I do for the pleasure of riding it. The trick then, must be to find the bike with the most pleasure for the money.

In my view, time trial bikes are some of the most beautiful two-wheeled creations ever to ride the roads. And the idea - to put the rider in a position to minimize drag, when drag is pretty much the only factor that is limiting your speed (well that and traffic), accomplishing that while building something so beautiful that is quite an accomplishment. So I was sold on the idea of getting a TT bike. Sure, there are many races where you cannot participate on a TT bike, and I have heard about club training rides where people are hostile towards TT bikes (apparently because if you ride in the aero bar while on someones wheel, it is unsafe - well, d'oh, if you ride with your eyes closed that is unsafe too). Also it might require a bit more time for maintenance because of the way the brakes are embedded in the frame. There are some good arguments against getting a TT bike. But then again, someone told me: "In the land of reason, the sky is grey and the birds do not sing".

I was lucky to stumble across a 4 hour window where Wiggle had a 20% discount on all Boardman bikes, and like the Team Carbon that my colleagues got, the Air TT that I had set my eyes on, was already at a very attractive price (compared to all other carbon TT bikes that I could find in Denmark and abroad). I went for the 9.2 over the 9.0 because it has a better wheelset - the crank and groupset is better too. And it is grey rather than red. The 9.4 and above were simply too much money for something that is just "serious fun".

This thing is a beauty. 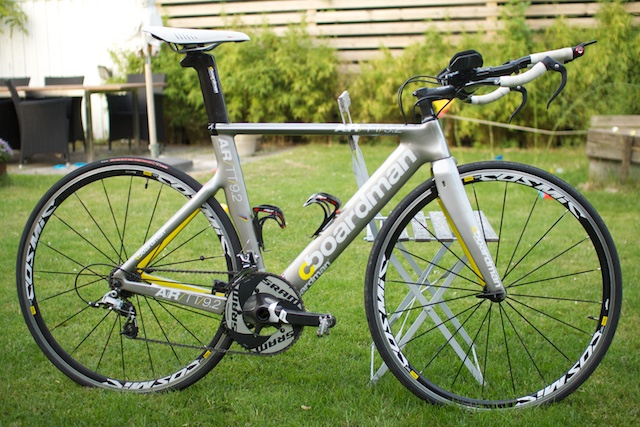 Well, I cannot compare it to other road bikes, really, because I have not had any. But this is a fast bike. Riding in top gear at a comfortable 85rpm, it goes 50km/h. This is a pretty good gearing for the fairly flat roads that I usually ride - I probably couldn't push a higher gear anyway. It took a few hours getting used to riding in the aero bars. It also took a bit of getting used to, to ride "head first" without being able to reach the brakes quickly. Of course, if you ride in traffic or near other people, you very simply do not ride in the aero bars. Simple as that. 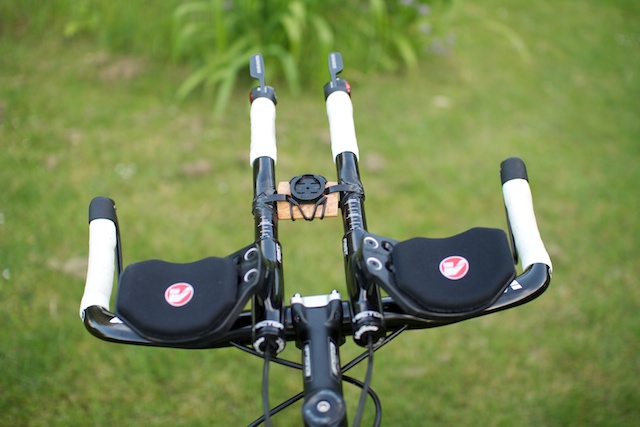 Back to the race! I participated again this year, but this time on a proper road bike. I finished in 4 hours 18 minutes, which was not impressive but definitely satisfactory for me. I had a good number of stops due to two punctures (the latter had me fooled and cost me four stops). In the race there is a hill sprint competition as well. In this sprint, I gave it all that I had. It is about 1km of straight flat road that turns into a fairly steep hill at some point - the timing stops at the top of the hill. This time, I got a proper result. Out of 3106 riders (male adult class) I came in at number 5. Yep, five. And actually, I share the 1:41 time with number 3 and 4 (but I guess there are some sub seconds that do not show). I keep a copy of the results. Anyway, for me this is fantastic - and unexpected. What a nice surprise.

So anyway... I am very happy with my new road bike. It is a joy to ride, it is fast, and in my view it is absolutely beautiful. I think the Boardman bikes were almost unreasonably (low) priced at the time when I bought mine. This has since been corrected - the price is up a good 60% since my purchase. Still, the way I see it, these are still good bikes at a very good price.